Starbucks (SBUX) owns/operates and licenses stores in the US and international markets. It positions itself as a “third place“, after home and work, for meeting or hanging out.

In FY 2017, the revenue mix was 58% beverages, 17% food items, 13% packaged and single-serve coffee and teas, and 12% other (including ready-to-serve beverages, coffee cups and coffee-making equipment).

It is a growing company with a reasonable runway for future growth. Growth can come organically from increasing same store sales, or expanding into new geographies (China) or other categories categories (food, non-coffee beverages).

Revenue growth in the US is in the high single to low double digits. EPS growth rate exceeds sales growth (12-15%) due to improvements in operating margins (13% – 16%), and a modest decline in the number of shares (1546M to 1438M) over the past five years.

Management has ambitious growth targets, especially in China. It plans to increase its store count nearly 30% by 2021. At that point, SBUX will as ubiquitous as McDonald’s is today. Management also plans to double the food business by 2021.

It is amazingly profitable. As Scuttlebutt investor points out, the unit economics are compelling. A new SBUX earns back its original investment in two years. Thus, growth comes relatively cheap. Stores have proliferated without seriously compromising the ROIC or ROE (~25%).

Habits around coffee consumption tend to be regular and predictable. In some ways this is not different from addictive products like tobacco and cigarettes, where people get into a routine and get the same fix everyday. Digital initiatives and the loyalty program create powerful lock-in effects. One can almost think of SBUX as running a daily subscription business model.

Its brand value is strong. When I travel to other countries, I know what to expect when I enter a Starbucks. Its gift cards are perennial favorites at graduations, Christmas, etc. At many gatherings, it is not uncommon to serve SBUX coffee, when the tastes of the audience are not clearly known.

Generally speaking, the company is good to its employees and other stakeholders. In the US, it spends more on employee healthcare than on coffee bean purchases. It is the largest purchaser of fair-trade coffee in the world, and is committed to sustainability. At current prices it pays a nearly 3% dividend. 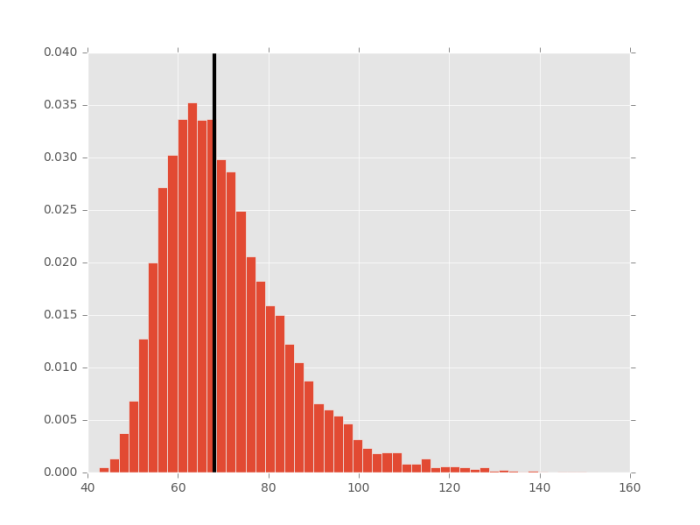